A joint ceremony was held on Friday 22nd September 2017 between AU-IBAR and the IGAD Centre for Pastoral Areas and Livestock Development (IGAD-ICPALD) for the formal hand-over of a new Toyota Hiace 14 seater minibus purchased under the EU-funded project for "Improving Animal Disease Surveillance in Support of Trade in the IGAD Member States" (STSD Project). Prof. Ahmed Elsawalhy, the Director of AUIBAR and Dr. Solomon Munyua, the Director of IGAD-ICPALD presided over the ceremony.

The STSD project is funded through the EU Djibouti Delegation and is jointly implemented by AU-IBAR, IGAD-ICPALD and the IGAD Member States in collaboration with other technical partners.

The STSD Project and the recently concluded USAID funded project for Standard Methods and procedures in Animal Health (SMP-AH), were designed to support measures to reduce the impacts of Transboundary animal diseases (TADs) and zoonoses on livestock trade in the Greater Horn of Africa.

Over the last four years, the two projects have played complimentary roles that have greatly enhanced the capacity of IGAD Member States for the surveillance, diagnosis and control as well as animal health certification for the key trade sensitive animal diseases in the region. The projects also improved the capacities of both AU-IBAR and IGAD-ICPALD for coordinating interventions at the regional level.

In his remarks prior to handing over the vehicle to Dr. Munyua, Prof. Ahmed Elsawalhy highlighted the role played by the STSD project and the SMP-AH project in strengthening the partnerships between AU-IBAR and IGAD-ICPALD as well as improving partnerships among the IGAD Member States. Implementation of the project also entailed collaboration with international technical partners namely, FAO, OIE and ILRI. He observed that the project has provided an example of how institutions with national, regional, pan-African and global mandates can work together in synergy and complementarity, leveraging on their respective mandates and comparative advantages. The two projects have also served as role models for partnerships between AU-IBAR and Regional Economic Communities (RECs). He called for the strengthening of the partnerships to enhance the effectiveness of interventions to support livestock trade in the IGAD region.

The provision of a vehicle to IGAD-ICPALD will support disease surveillance and control coordination activities at the regional level by enhancing IGAD-ICPALD’s operational capacity.

On his part, Dr. Munyua thanked the Director and staff of AU-IBAR for the support, mentorship and guidance provided to IGAD-ICPALD that have enabled ICPALD to grow and make tremendous strides in its initiatives to support livestock development in the IGAD Member States. He also thanked the EU for the financial support provided for implementation of the STSD project.

He welcomed the provision of a Minibus to IGAD-ICPALD emphasizing that the enhanced vehicular capacity would greatly improve ICPALD’s day to day operations in serving the IGAD Member States. He reminded the audience that this was the second vehicle provided to ICPALD by AU-IBAR. The first vehicle was provided earlier under the VET-GOV project that was also funded by the EU.

Dr. Munyua called for further joint efforts between AU-IBAR and ICPALD in mobilizing resources to support the development of animal resources in all the regions of Africa. 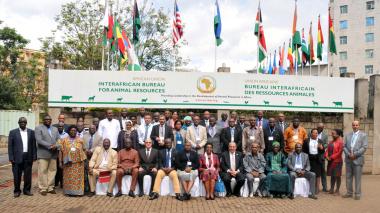 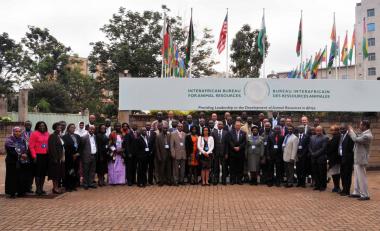 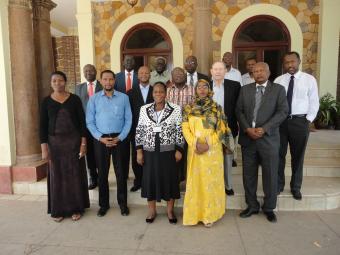 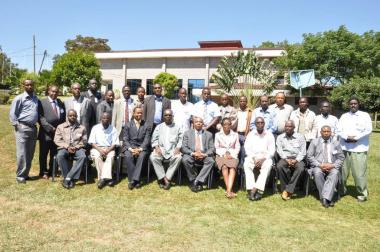 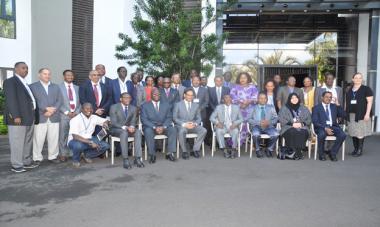 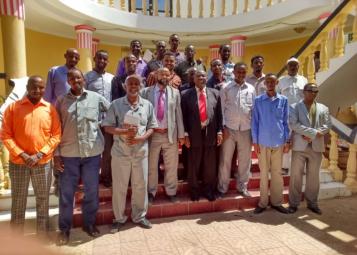 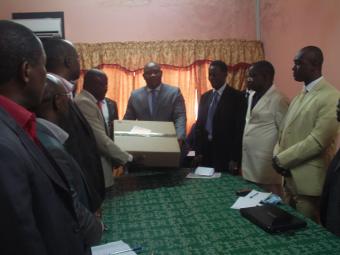